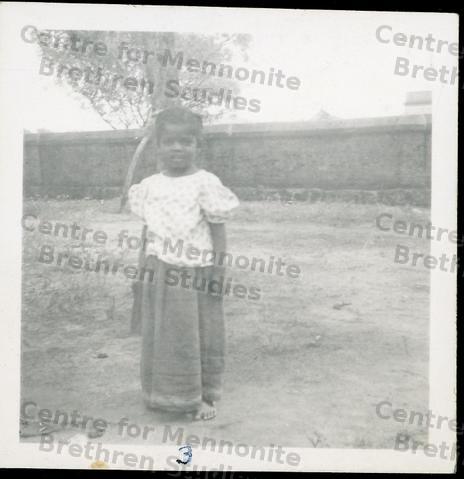 This photo is of a young Indian girl standing by herself outside. She is labeled as Ruth. There is a stone wall in the background and a large tree.