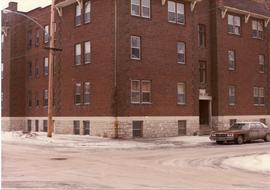 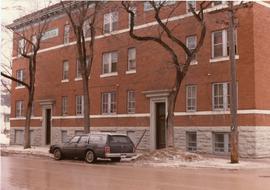 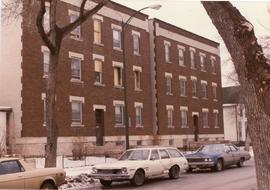 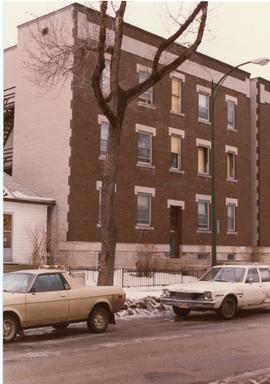 The Mennonite Urban Renewal Program (MURP) traces its origins back to 1981 when it was organized according to the vision set forth by a fellowship group at the River East Mennonite Brethren Church. The program was designed to provide low-income people in Winnipeg's core area with affordable and dependable housing., Cal Wiebe and Willy Guenther were hired to implement this program, providing pastoral and counselling services as well as other forms of assistance to the tenants of buildings operated by MURP.
MURP's first building was acquired at 277 Atlantic Avenue in May, 1981, financed by member donations and low interest loans. Further properties were purchased in December 1983 at 641/645 Westminster Avenue and at 768 and 774 Toronto Street. The organization was formalized in 1983 with the support of the Mennonite Brethren Board of Missions and Church Extensions, Native Ministries of the Conference of Mennonites in Canada, and the Winnipeg Core Area Initiative. Jake M. Unrau served as president of the provisional Board of Directors in 1981, and was elected chair of the board in 1982. Other chairs were Peter J. Kroeker (1985-1986) and David Dyck (1987-1988). Gerald Brown acted as full-time manager of the apartment blocks from 1983 until July, 1987.
The program encountered serious financial difficulties, which led to the selling of the Atlantic property in 1987 followed by the Westminster block in February, 1988. The decision to dissolve the corporation was made at a special annual meeting in November, 1988, where the board recommended that MURP's remaining properties be sold and the assets transferred to the Mennonite Foundation of Canada for investment. Interest earned by these monies was to be used by the Mennonite Central Committee (Manitoba) to finance new proposals with similar aims in Winnipeg's inner city.