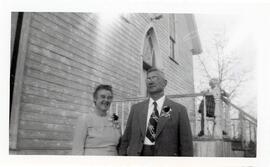 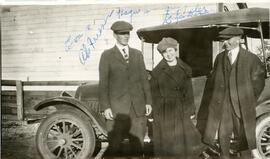 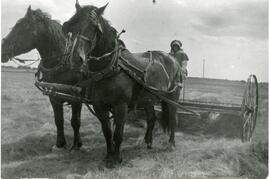 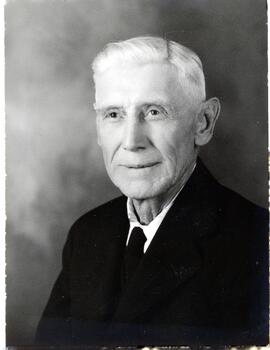 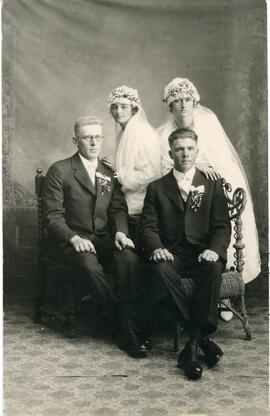 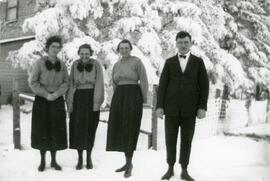 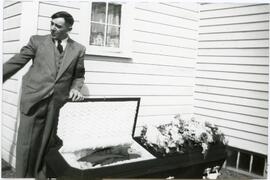 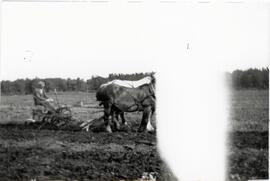 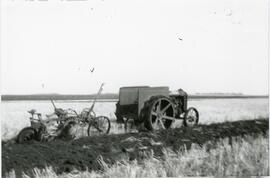 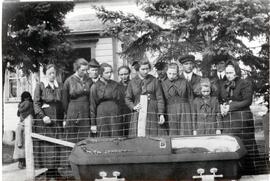 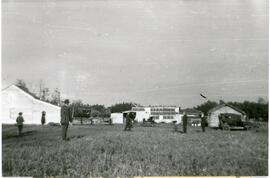 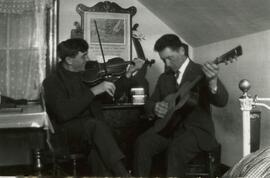 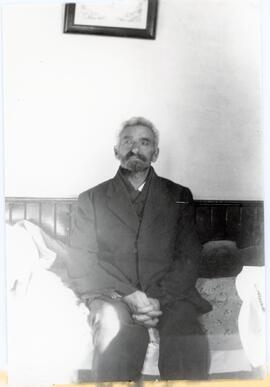 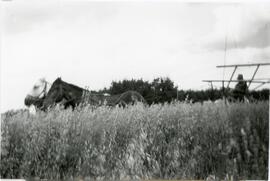 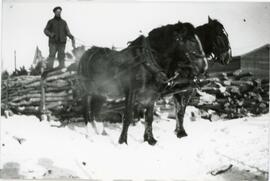 Jacob David Epp (1820-1890) was born in the Mennonite village of Chortitza. He came from a family of prominent leaders. His grandfather David Epp (1750-1802) was the Mennonite Elder who negotiated the Charter of Privileges granted the Mennonites by Paul I in 1800. His father Davd Epp (1781-1843) also was a prominent minister.

Jacob D. Epp married Maria Klassen on November 18, 1841. They were blessed with ten children, one of which died during childbirth. He began his diary writing in 1851 when he was a school teacher on the Island of Chortitza . In 1852 he left teaching on the Island of Khoritza in search of a better way of making a living for his growing family. He and his family settled in the Judenplan, a Jewish agricultural settlement which was about 50 miles west of Chortitza, and farmed there for 25 years. Here he was elected as a minister and served as such until his death. On March 15, 1863 his wife Maria (Klassen) passed away, leaving him widowed with 9 children. On June 25, 1863 he married Judith Dyck (1830-1906). They had 5 children, of which two died at a young age. In the late 1860s and early 1870s he helped his children acquire land in newly established daughter colonies such as the lease-land Nepluiev settlement and Baratov-Shlakhtin, developing near the Judenplan. In 1874 he too purchased a farm in the Baratov settlement and remained here until his death in 1890. His widow and ten of his eleven children and their families migrated to Canada in the 1890s. She died on July 15, 1906 at Eigenheim , Saskatchewan .

Gerhard Epp married Katharina Janzen (186?-1944) in Russia in 1889. They came to Canada in 1893 with his mother Judith, and their two children, of which the youngest died en route. They were blessed with ten more children in Canada. Gerhard and Katharina remained in Rosenort (near Gretna now known as Rosetown) Manitoba until April of 1894 when they moved to Saskatchewan where they purchased a homestead west of Rosthern. On July 21, 1895 Gerhard Epp was elected as a minister into the Eigenheim Mennonite Church. Gerhard and Katharina, like his mother and father, both kept diaries.

David G. Epp (1897-1986) was born in Eigenheim near Rosthern, as the fifth child of Gerhard and Katharina Epp. He married Justina Rempel (1900-1986) on October 3, 1926. Upon the death of his father (Gerhard Epp) in 1919, he was asked by his mother to take over the family farm which he then ran for 60 years. David G. and Justina Epp were blessed with eight children. In 1983 he and his wife moved from their farm to the home for the elderly in Rosthern. David G. Epp was the fourth generation to keep a diary in the Epp family.

Following the death of Jacob D. Epp (1820-1890) his diaries were sold at auction to members of the immediate family. The majority of these treasures followed the Epp family on their trek to Canada in the 1890s and were passed on through the generations.

In 1976 David G. Epp (1897-1986) donated the first items of this collection to the Mennonite Heritage Centre. (Mennonite Historian, Vol.2, No. 4, Dec. 1976). More items were obtained at various times over the years. Some items were acquired from the Mennonite Library and Archives, Bethel College, Newton, Kansas on microfilm. Most of the material was donated by Dennis David Epp, the son of David G. and Justina Epp, in two separate deposits dated October 1997 and April 1998. Three diaries of Katharina (Janzen) Epp were deposited by Carl A. Krause in December 1998. Ted Harder provided a transcription of the marriages performed as outlined in diary 6 in September 2013.

Transcriptions and translations available for most.

Series and some item description and inventory file list

Family Register of Gerhard and Katharina Epp, compiled and produced by Bruno and Carl Epp, July 1998.