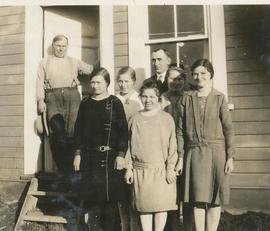 A selective collection of articles, photos and letters from the years of John and Naomi Lederach as pastors of Zion Mennonite Church

View the scanned images at this link.

View the scanned images at this link.

Envelope of personal letters from Naomi to her parents

This collection includes photographs taken during the John Lederach's pastorate at Zion Mennonite Church. Photos in this collection have been scanned and can be found here https://www.flickr.com/photos/98265989@N04/collections/72157667862979003/
Also includes memorial service and obituary for Naomi Lederach. 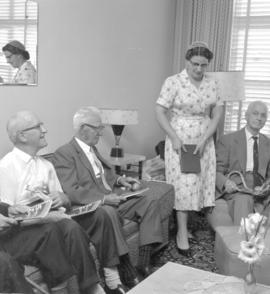 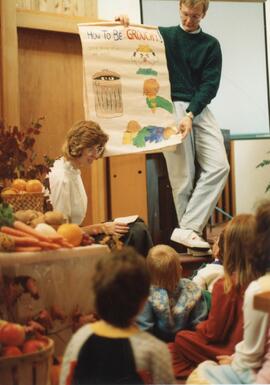 This photo is of Sandy Dyck telling the Thanksgiving children story at Cornerstone Community Church in 1989. Kerry Dyck stands at the right holding the picture for the children to see. 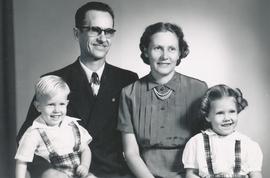 Rev. and Mrs. A. Goertz with two children from Aldergrove, BC.