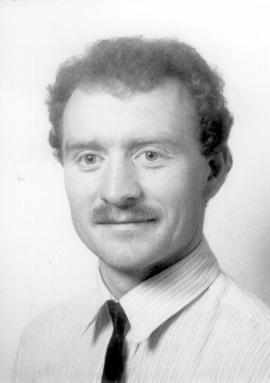 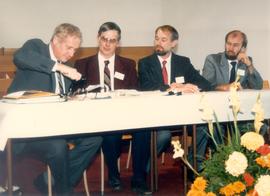 Signing of amalgamation agreement for Mennonite

Signing of amalgamation agreement for Mennonite Conference of Eastern Canada 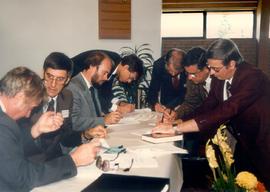 Signing of conference amalgamation agreement at 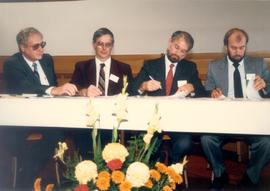 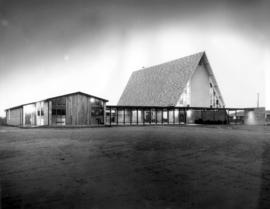 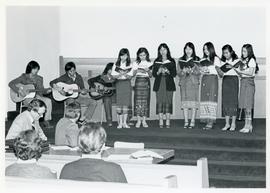 Negatives also (6). Women serving food at the annual meeting of MCC Ont. In neg. #6 Newton Gingrich, wearing a plaincoat, is being served. Photos for neg. 9, 10 & 11 show women receiving food. Negative #7 is a closeup of a woman being served food. An additional photo (no neg. for it) is similar to neg. #9. 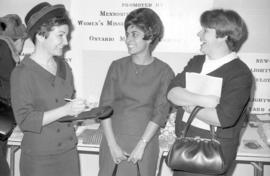 Hedy Sawadsky (wearing a hat & with pencil & notepad in hand) speaks informally with 2 women at the annual MCC Ont. meeting at the Scott St. church. 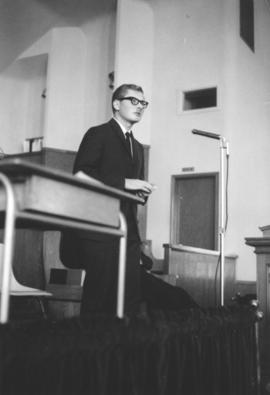 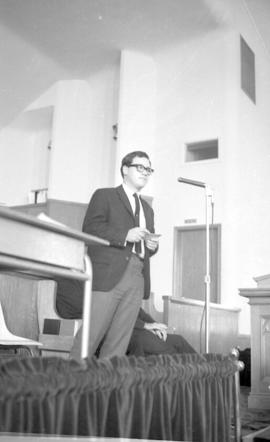 One of the contestants in Peace Oratorical Contest 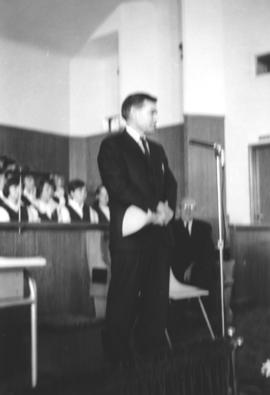 Negatives also (2); photo (somewhat blurred) of neg.#11. Either a contestant in the Peace Oratorical Contest or the choir leader. J.B. Martin is visible behind him, as well as members of the UMEI choir which sang. Cf. CM 14-48-11 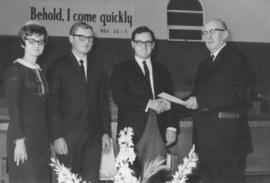 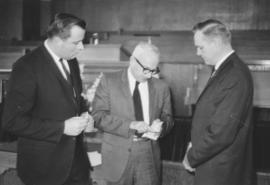 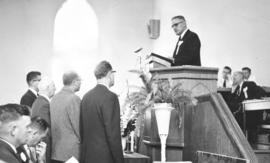 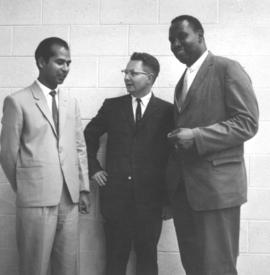 2 photos, neg. for one of them, similar to one used in CM 10-31-9 of youth leaders speaking at annual CMC sessions. l-r: William Walter, high school teacher in India; Arthur Dick, pres. of Canadian Mennonite Youth Council; Ed Ridick, Mennonite social worker in Chicago. See 2010-14.146 regarding these photos and negs.