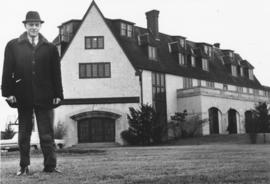 Harold W. Nigh, principal. of Niagara Christian College, in the foreground 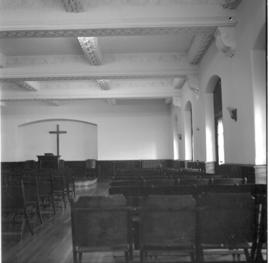 Interior view of chapel at NCC? 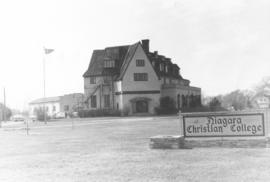 NCC building with a lower building to the left, including the sign for the school to the right in the photo. C.f. 1992-14.2535 which is similar but possibly taken earlier. 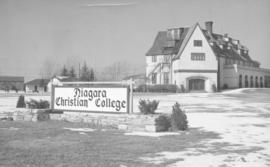 Negative also. Used in the CM 12-13-6 with art. about Mennonite educ. in Ont. This building housed the BIC high school. The sign for the school is shown as well to the left. Second copy (20.5x12.5), very similar but taken in Winter. 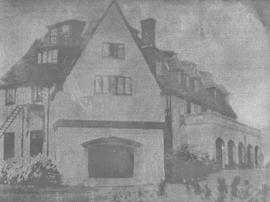 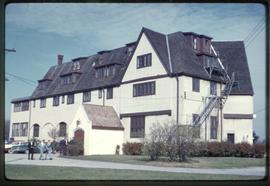 On slide: "MBC School, Fort Erie Site of Peace Conference" This is actually the Brethren in Christ high school, then known as Niagara Christian College. 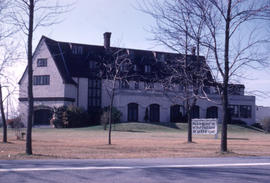 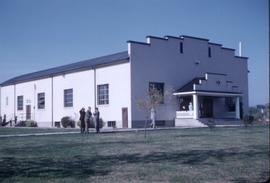 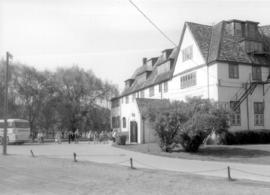 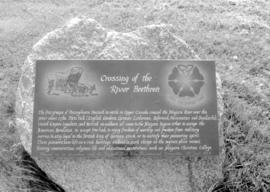