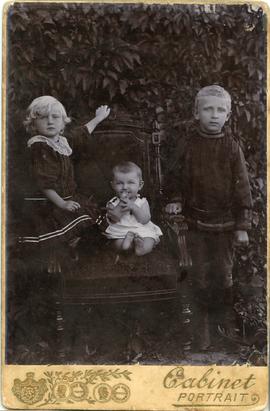 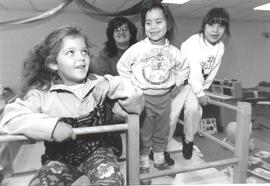 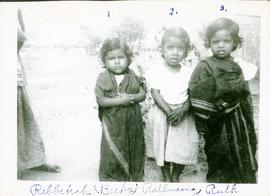 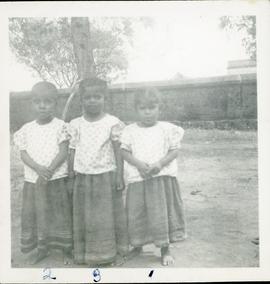 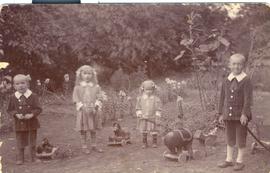 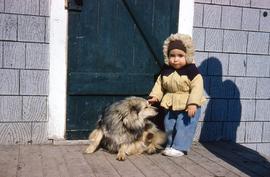 A baby pets a dog in Grand Rapids

This is a photo of a baby petting a dog in Grand Rapids, Manitoba. 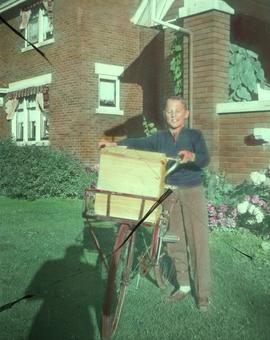 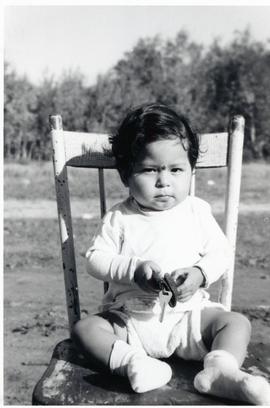 Part of Conference of Mennonites in Canada fonds 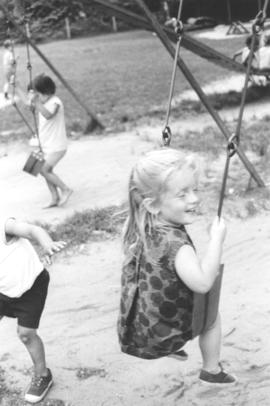 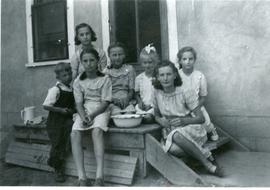 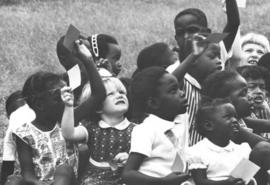 Used in CM 14-39-10. A group of children, mostly Afro-American, a number looking up, as if toward a teacher. Photo used to solicit "reflections on the child's world" for the CM newspaper. Photo taken by Gary Franz, donated by the GCMC, News Service, Newton, Ka. Taken at a summer volunteer program led by a GCMC volunteer? 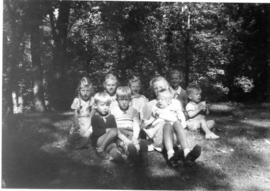 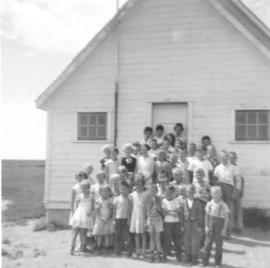 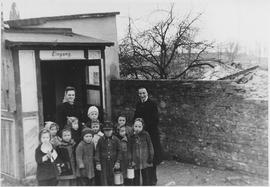 A group of young children stand at the entrance to a building ("Eingang" is written above the door) with two women. The one at left may be an MCC worker, the same woman as in 2001-14.163. The woman at right may be a local helper. Landscape seen at right is bleak, so taken in late 1940s or early 1950s. Part of MCC's Child Feeding Program or Christmas bundle distribution as in following photos. At Wentdorf? 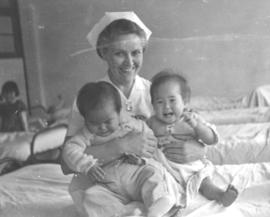