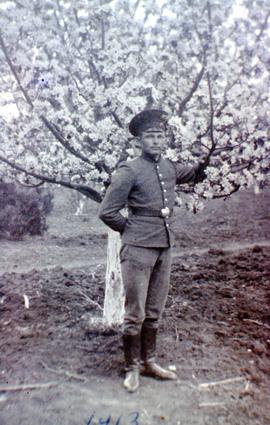 This photo shows a man from the forestry service standing in front of a blossoming fruit tree. The accompanying sound recording refers to him as our "Springsteiner Starshiy, initiator of these reunions". [=living in Springstein, Manitoba in 1972 and ranked as a senior officer] ?____ Dueck or Dyck. 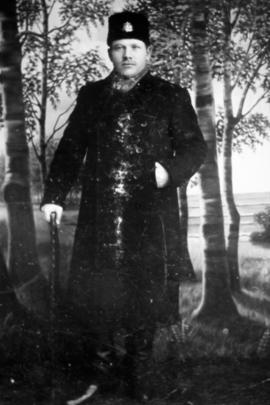 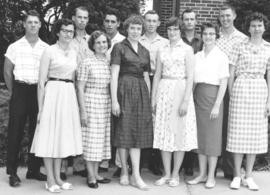 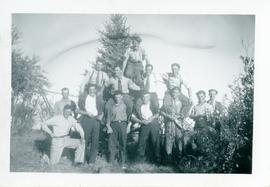 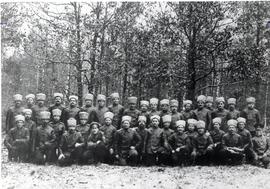 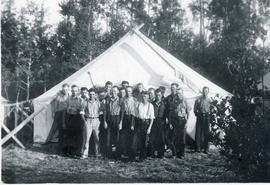 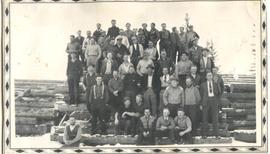 This photo is of the consciencious objectors grouped together at Radium Hot Springs. They are standing on logs in 5 rows posing for the photo. John M. Schmidt appears to be standing in the middle, near the top, wearing a white shirt, black vest and hat. 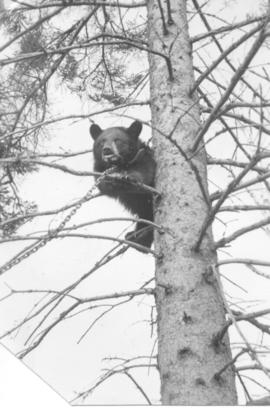 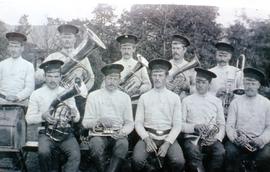 A brass band from a Mennonite forestry service camp in Russia

This photo shows ten men with their instruments -- 3 cornet players, 1 player on trombone, 3 euphonium players, 1 tuba player, 1 player on bass drum and cymbal, and a conductor, who is sitting in the middle of the front row with his baton. The photo is taken out doors with trees and a building in the background. 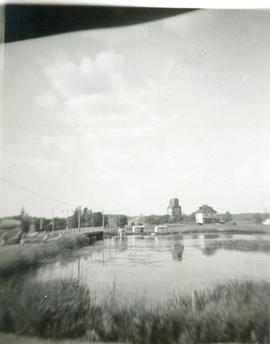 A bridge on the lake

This is a photo of a bridge on the lake and houses around the lake. 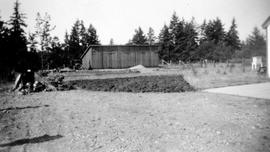 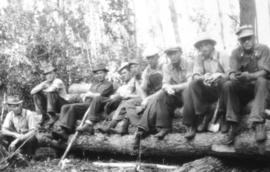 This photo shows nine men sitting on a pile of logs. Some of the men include Bill Wiebe (Winnipeg), Lincoln Penner (Lorette), John Plett (Ste. Anne), and George Harms (Winkler) (not specifically identified). 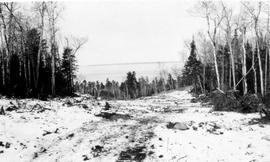 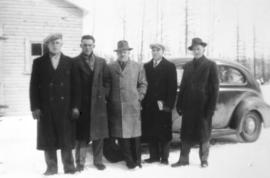