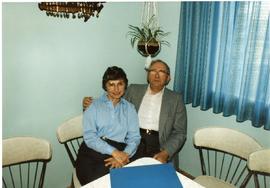 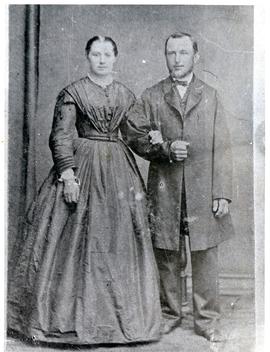 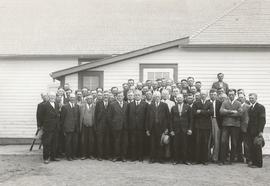 A group of men at the conference of the Mennonite Brethren churches in Gem, Alberta standing in front of a building. 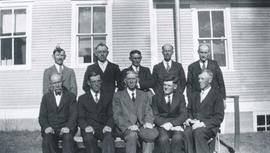 This file consists of the following item:
A "Mama" Dueckman letter to "All dearly beloved children" describing the Zagradovka massacre of 1919. John B. Toews made a transcription of the letter which was in the Gothic script and translated it into English, leaving some sections out. Box 262

This file contains the following items:
1) The original letters are housed in the Mennonite Library and Archives in North Newton Kansas. Copies are included in this file.
2) Letters from David, a teacher, to his parents in Tashkent from 1863 to 1868. They were transcribed and typed by Kathe Hooge.Handwritten notes by John B. Toews about the content of the letters are included. Box 262