A Journey of Faith Photograph Collection

Agatha Isaak: Winnipeg, - Elmwood M.B. Church. Relatives in Russia, Particularly Helen Regehr (Mother of Agatha Isaak) who studied nursing in Riga prior to the Russian Revolution of 1917, and graduated in 1902

Photos of some of the orchestras directed by Ben Horch. 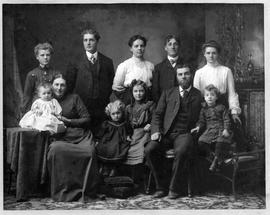