This series contains the photograph collection of the Regiers. Photographs of family and friends taken in Russia are included. Scope and content notes for individual photographs is supplied from information on the photographs themselves, and Henry Regier. 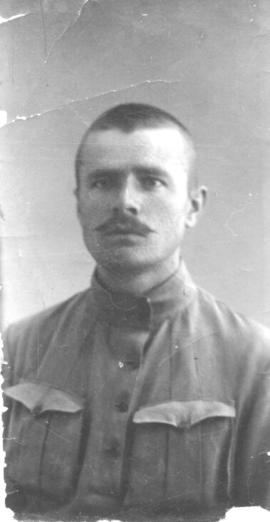 Black and white. Head and shoulder shot. Young man with mustache and very short hair. Wearing jacket buttoned up to neck. Abraham P. Regier (1916) in Red Cross before they learned he had business training. 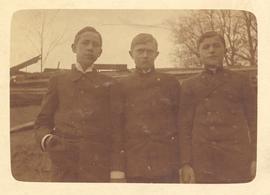 Black and white. Trio of boys are standing outside facing camera. All are wearing dark coats closed to neck. Boy on left has right hand in pocket. Other boys have hands by sides. Abram Guenther, Cornelius Lehn, Gerhard Kroeger as students. Abram Regier drove to school with them. Taken with Abraham Regier's camera. 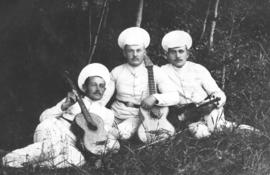 Black and white. Three men. Two on left are holding Russian guitars and the man on the right is holding violin. Abram Kroeger (Margarethe Regier's brother) is on the right,. He was a specialist in factory in the northern Russian forest during the First World War. In the middle is his brother-in-law (Regehr), possibly married to a Schroeder woman. 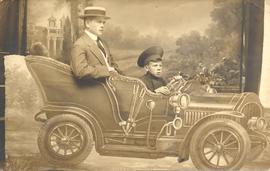 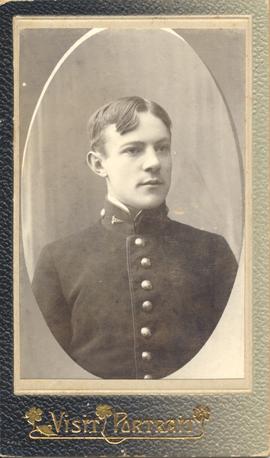 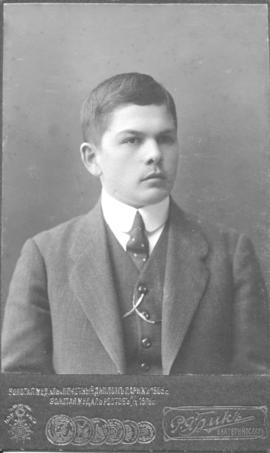 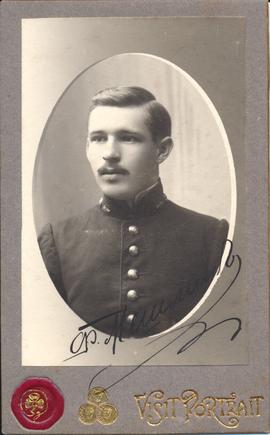 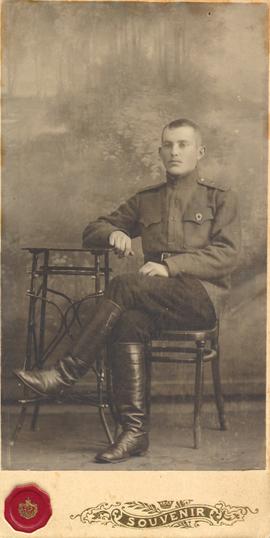 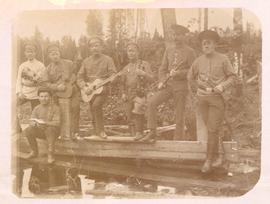 Black and white. Group of 7 men, 6 are holding various musical instruments. All are wearing dark clothing and hats with visors. Man at far left is wearing light coloured jacket. 6 men are standing, with 1 man sitting in front on left side. Setting appears to be outside. Abram Kroeger in forestry (Ernie Kroeger's father). On far right. 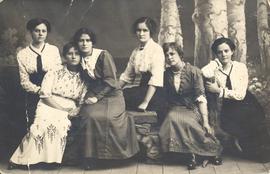 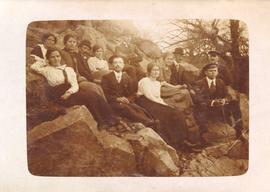 Group photo of the youth of Rosenthal

The youth of Rosental in an informal photo. Abram Regier took the picture with a cable release. Upper left #3 is Margaretha (Kroeger) Regier. Others include [?] Martens, Andres, Dyck, Gerhard Klassen (in centre). 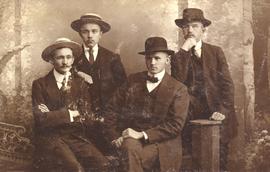 Both men are seated. Young man to the left is wearing dark clothes and hat pushed back on his head. Young man on right is wearing a uniform, has a mustache and dark hair. Heinrich Koop and Isaac Schultz (died of Schwindtsucht [tuberculosis]) - [the latter's] wife remarried to Dr. David Hamm. They were on the third train to immigrate to Canada in 1923; a second cousin of Abraham P. Regier. 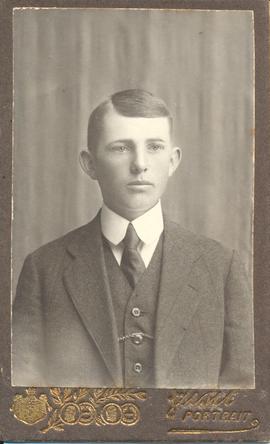 Heinrich or Gerhard Dyck from Rosenthal