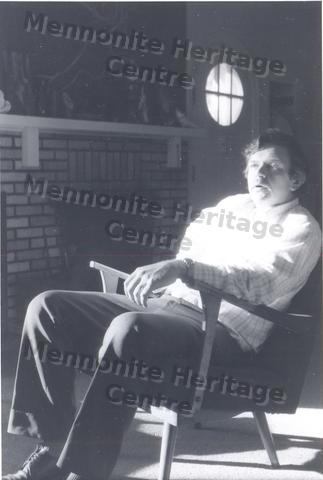 MCC Canada is a peace, relief, and service agency of Canadian Mennonites and Brethren in Christ. It was founded in December of 1963 through the merger of seven regional Mennonite and Brethren in Christ service organizations: the Non-Resistant Relief Organization (NRRO), the Canadian Mennonite Relief Committee (CMRC), the Canadian Mennonite Relief and Immigration Council (CMRIC), the Conference of Historic Peace Churches (CHPC), the Historic Peace Church Council of Canada (HPCCC), Mennonite Disaster Service (MDS), and the MCC Binational Kitchener Office. This merger into one national inter-Mennonite body in Canada was intended to allow for more effective use of time, volunteers, and resources in conducting relief work.

Upon establishment, MCC Canada worked closely with MCC Binational (also known as MCC International); MCC Canada conducted most of its overseas relief and development work through MCC Binational, while all Canadian programs were administered by MCC Canada. MCC Canada was given a broad mandate to work in the areas of peace education, relief and development, voluntary service, immigration, government lobbying, and other areas of concern. Provincial MCC offices were also established to work alongside but independent of MCC Canada in British Columbia, Alberta, Saskatchewan, Manitoba, and Ontario.

Throughout the 1970s and 1980s, MCC Canada’s activities expanded, especially in terms of the number of national programs administered across the country. MCC Canada’s Canadian Programs Department established programs to raise awareness on peace and other social issues, to advocate on behalf of Indigenous communities, to bring reconciliation into the justice system, to assist people with disabilities, to bring attention to women’s concerns, and to provide resources for those experiencing economic hardship. In 1976, MCC Canada established a Food Bank as a means of channeling surplus grains grown by Mennonite farmers to countries around the world. In 1983, this Food Bank became the Canadian Foodgrains Bank. Since 1969, MCC Canada has received matching grants from the Canadian International Development Agency (CIDA) of the Canadian government to administer its many programs.

In the late 1970s, conversations began between MCC Binational and MCC Canada regarding responsibility for MCC international programs. Throughout the 1980s and 1990s, some MCC international programs were transferred from MCC Binational to MCC Canada; these included the Kanadier Concerns program, USSR Mennonite program, Refugee Sponsorship program, some control over the delivery of material aid overseas, and the Ten Thousand Villages program in Canada.

Beginning in 2008, MCC began a process of consultation and discussion concerning the purpose and structure of MCC Binational, MCC Canada, and MCC U.S.; this process was called New Wine/New Wineskins. The goal was to more effectively and efficiently administer MCC’s international programming. At the conclusion of the New Wine/New Wineskin process in 2012, MCC Binational was dissolved and ceased to be an MCC entity, leaving MCC Canada and MCC U.S. to jointly administer a single MCC International Program.