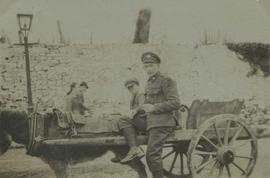 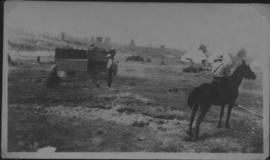 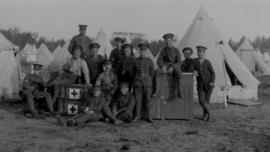 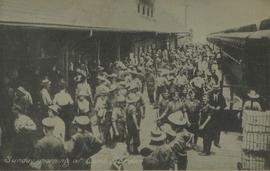 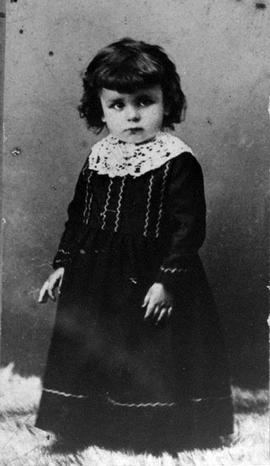 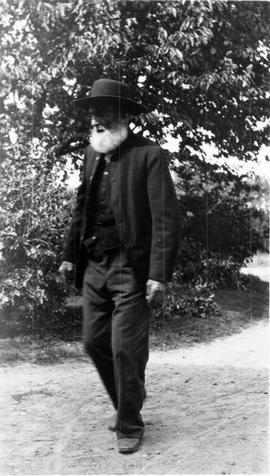 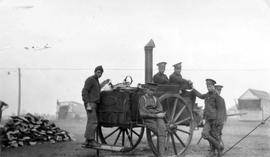 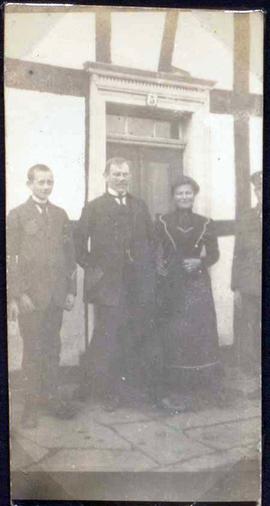 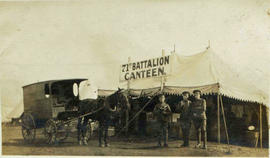 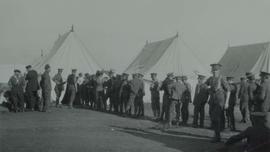 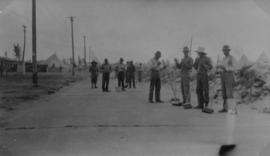 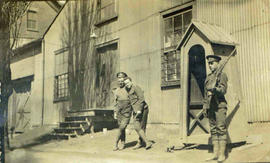 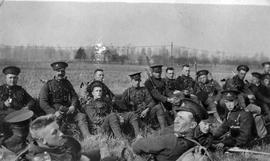 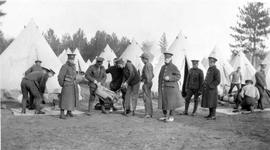 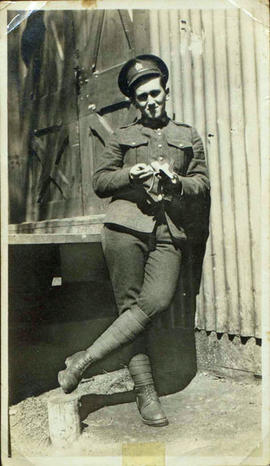 Born to Christian and Catharine Eby in Berlin (Ontario). He was a market gardener and belonged to the 108th Regiment of the Militia at the time of his enlistment in the Canadian Expeditionary Force in 1915. He trained with the 118th Battalion, left for England in January 1917 and after further training as a signaller, joined the 21st Battalion in France in October 1917. At war's end he was quartered for a few months in Siegburg, Germany before returning home in May 1919. He married Elsie Hewitt in 1921. He returned to the market gardening and later worked at J. M. Schneider. Gordon and Elsie had eight children.

Donated to the Archives by Anne Eby Millar, daughter of Gordon Eby, in 1979.

Duplicates of some photographs in this album are located in CA MAO HM1-66.3/1, as part of Anne Eby Millar's transcription of Gordon Eby's diaries.