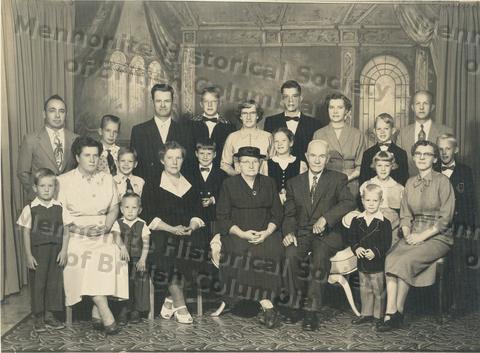 A studio picture of David and Katharina Klassen family. They are sitting in the centre of the front row . On the left are John and Elizabeth Langeman with children William, Robert, James and Richard (eldest to youngest). Next are Cornelius and Katharina Regehr with children John, Henry, Margarete and Cornelius (eldest to youngest). In centre is Katharine Klassen and centre right is Anne Klassen. In behind is Agatha Klassen and David and Susie (martens) Klassen with children David, John, Esther and Edward.