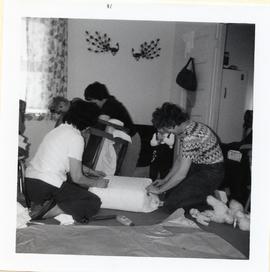 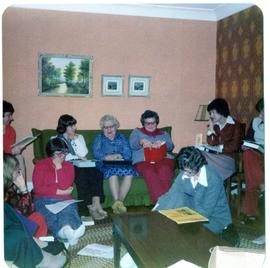 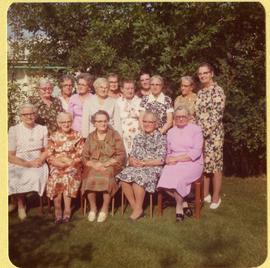 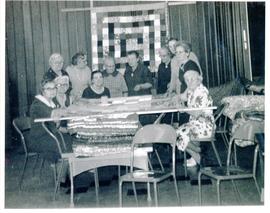 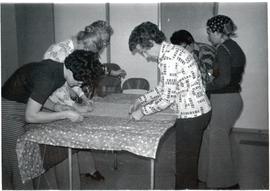 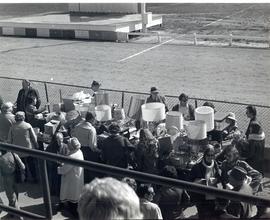 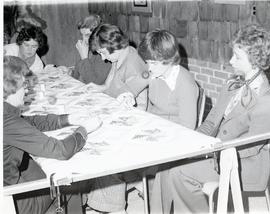 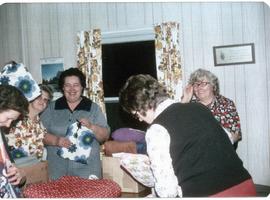 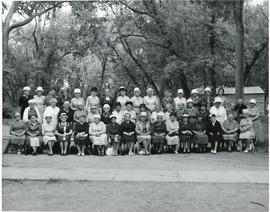 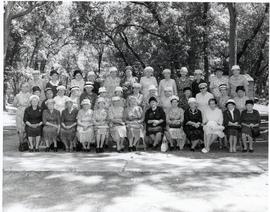 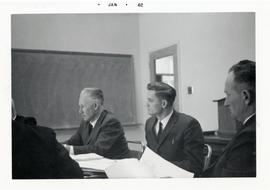 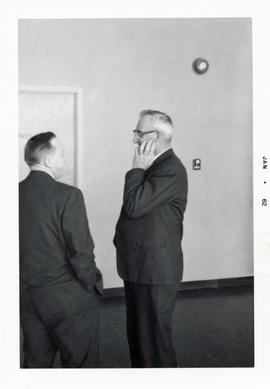 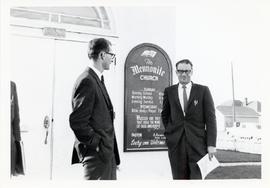 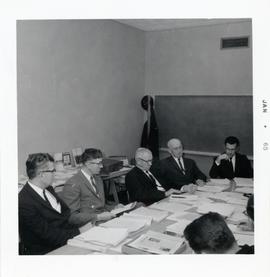 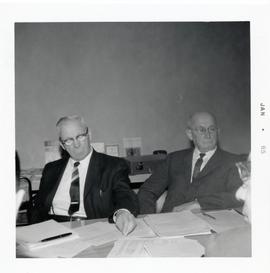 Conference of Mennonites in Canada fonds

Conference of Mennonites in Canada

The Conference of Mennonites in Canada was founded by leaders of the Bergthler Mennonites of Manitoba and the Rosenorter Mennonites of Saskatchewan. A planning session held at the home of Bishop Peter Regier of Tiefengrund, Saskatchewan in 1902 led to the first annual session of the conference which was held at Hochstadt (near Altona), Manitoba in 1903. The conference was founded upon the agreement that there was a need for a larger organization to unite and minister to the smaller scattered congregations in Manitoba and Saskatchewan. At the first session it was decided that there should be a conference publication. A publication committee was elected which resulted in the establishment of a German language monthly paper entitled "Mitarbeiter" in 1906 edited by Heinrich H. Ewert. In 1904 the delegates ratified the first constitution. The name of the organization was Conference of Mennonites in Central Canada. In 1906 a three man "Reisepredigt Komitee" (travelling ministry committee) was elected during the annual sessions. After 1909 it committee operated under the name "Komitee fuer Innere Mission" (Home Missions Committee).

In 1931 the Bergthaler Mennonite Church of Manitoba formed the Mennonite Pioneer Mission which later became a program of the CMC (1960). In 1933 CMC appointed Bernhard Schellenberg as archivist for the conference. In 1947 the CMC founded the Canadian Mennonite Bible College in Winnipeg and elected a separate board responsible for its operation and development. Also in the same year a Board of Education and Publication was created, amalgamating several committees. In 1956 the Board of Christian Service and the Board of Finance was formed; and the Committee for Home Missions and the Committee for Foreign Missions (1947) were merged to form the Board of Missions.

A new constitution was adopted at the annual session in 1971 in which five boards were reduced to four boards -- General Board, Congregational Resources Board, CMBC Board and Mennonite Pioneer Mission. The conference executive assumed responsibility for finances. A History/Archives committee functioned in relationship with CMBC, CRB and General Board at various times.

In 1994 the conference was again reorganized into the General Board and three commissions: the Resource Commission, the Leadership Commission, and the Ministries Commission.

In 1999 the conference, together with the Mennonite Church (MC) and General Conference Mennonite Church (GCM) completed a long process of integration, which resulted in two national bodies -- Mennonite Church USA and Mennonite Church Canada (MC Canada). CMC was transformed to MC Canada, which officially was completed in 2001, with the the passing of the Act of Incorporation by the Canadian government in June of 2001 and the acceptance of the new bylaws by the delegate body in July of 2001.

A history of the CMC entitled "Becoming a National Church" by Adolf Ens was published in 2004.

This fonds consists of the records of the various committee, boards, staff and offices of the Conference of Mennonites in Canada. They have been described based on the 1994 conference structure for administering the programs -- 3 boards and several auxiliary organizations. A fourth elected board under the conference structure was the Canadian Mennonite Bible Collge Board (CMBC). Their records have been integrated and described separately as the Canadian Mennonite Bible College fonds.
The Conference of Mennonites in Canada fonds consists of the following series/sub-series:
A. General Board (1903-1999)

Some restrictions apply for personnel records.

Some materials in German

Described by Jake Peters in "Resources for Canadian Mennonite studies: an inventory guide to archival holdings at the Mennonite Heritage Centre" (1988: 23-39). File lists revised and updated by Leigh Peters-Fransen, August 2006.