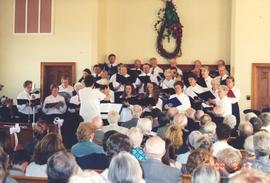 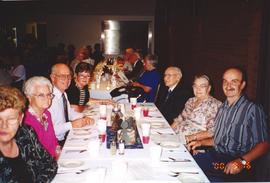 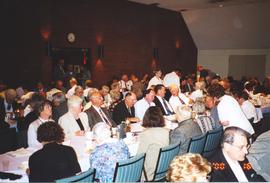 Community members in attendance at the banquet and program in the Fairview Mennonite Home auditorium. 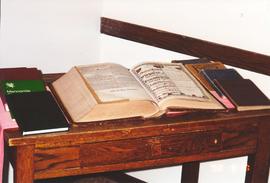 A Bible and several hymnals on display at Wanner Mennonite Church 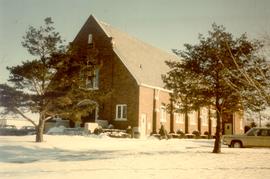 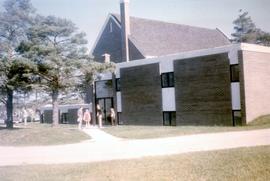 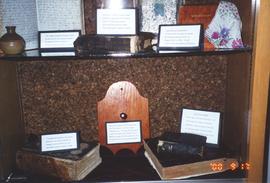 A display case in the foyer of the Fairview Mennonite Home Apartments containing historical books and artifacts. Caption in album reads: "Display Cases in Foyer." 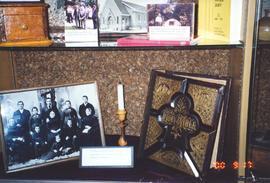 A display case in the foyer of the Fairview Mennonite Home Apartments containing historical books, photos, and artifacts. Caption in album reads: "Displays Cases in Foyer." 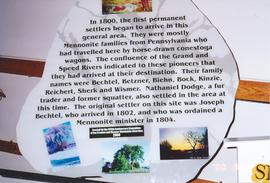 Plaque for the old elm tree at Settlers Fork Park on display at Preston Mennonite Church. Plaque reads: "In 1800, the first permanent settlers began to arrive in this general area. They were mostly Mennonite families from Pennsylvania who had travelled here by horse-drawn conestoga wagons. The confluence of the Grand and Speed Rivers indicated to these pioneers that they had arrived at their destination. Their family names were Bechtel, Betzner, Biehn, Bock, Kinzie, Reichert, Sherk and Wismer. Nathaniel Dodge, a fur trader and former squatter, also settled in the area at this time. The original settler on this site was Joseph Bechtel who arrived in 1802, and who was ordained a Mennonite minister in 1804." Includes three photos and one painting of the elm tree and a a note that reads: "Erected by the 200th Anniversary Committee of the Preston and Wanner Mennonite Churches 2000." Caption in album reads: "The Elm Tree Plaque. The Plaque and Settlers Fork Park Signs were removed to Preston Mennonite Church after ceremony." 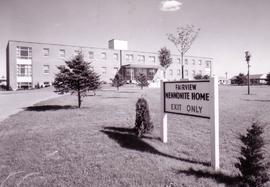 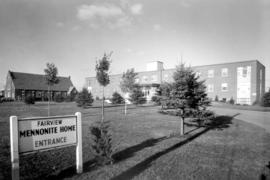 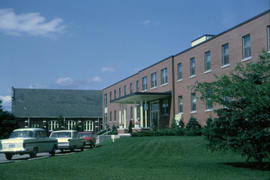 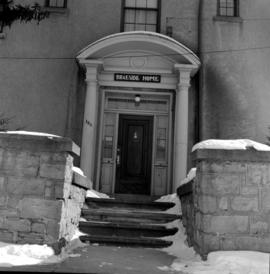 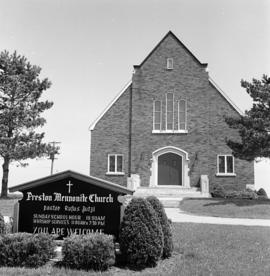 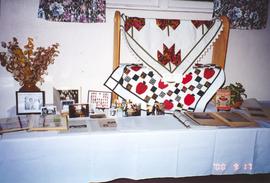