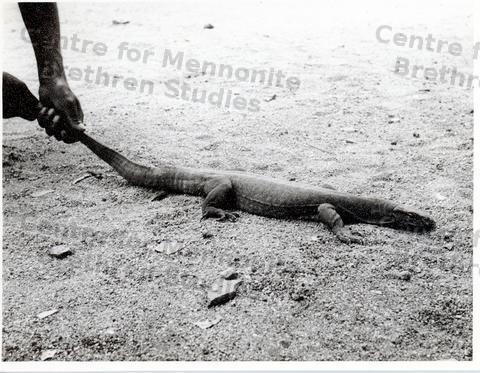 This photo is of someone holding a very large lizard [Komodo Dragon?] by the tail. It is on the grass.