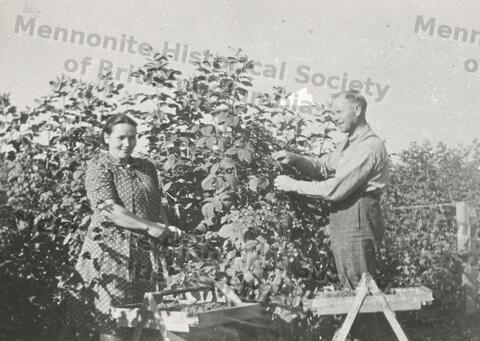 Aron and Olga Rempel picking raspberries. According to GAMEO Aron Rempel introduced raspberries to Yarrow. During one his business trips to Everett, Washington, he purchased a few raspberry canes for his farm in Yarrow. Although his neighbors felt this was a foolish investment, Rempel persisted and soon was known as Raspberry King of Yarrow. It was by the cultivation of raspberries that the emerging Yarrow community was able to establish a solid economic foundation.