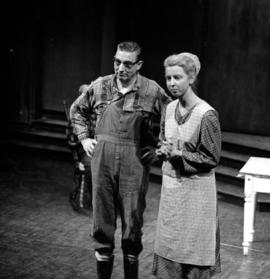 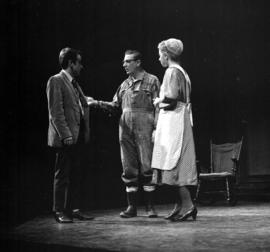 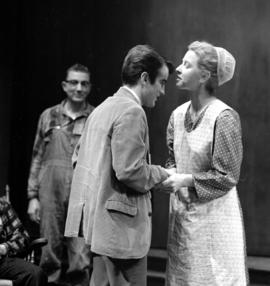 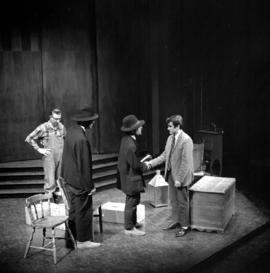 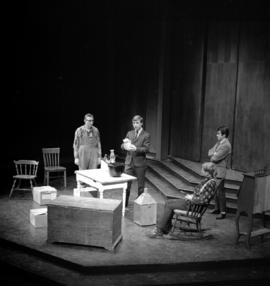 David L. Hunsberger was the son of Noah and Minnie Hunsberger. Noah was the minister at Erb Street Mennonite Church for many years. When David was 14 they moved to St. Jacobs, where David lived for 55 years. In 1956 he married Katherine (Kate) Nafziger; they had three sons and one daughter. He was a professional photographer in the village for most of those years.

Actors from the Twilight Auction, play performed by Conrad Grebel College in Waterloo, Ontario. The actor in bib overalls playing the father is Doug Millar. Other performers include Dale Shantz (son Sam), Brenda Sauder (Sam's girlfriend Mary) and Naomi Eby (mother). Five negatives. Photos taken March 13, 1969. Hunsberger photo. The play was performed at the Theatre of the Arts at the University of Waterloo.