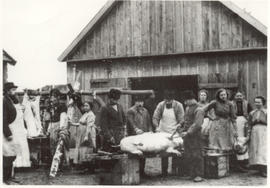 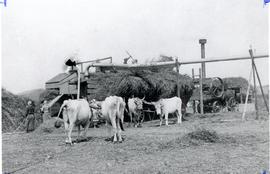 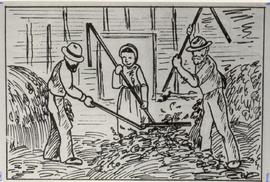 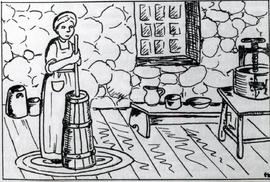 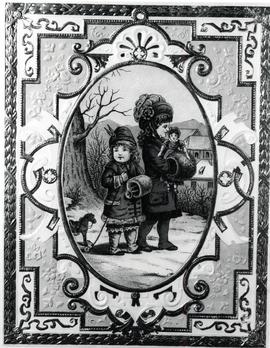 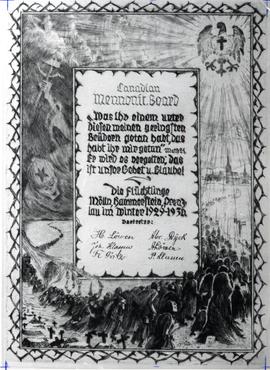 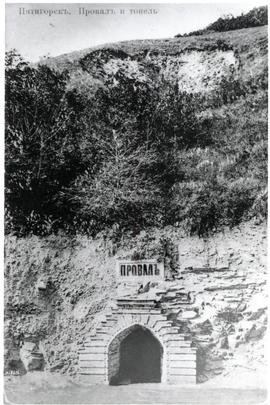 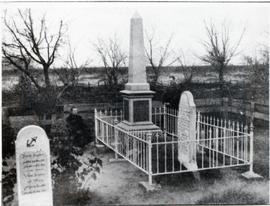 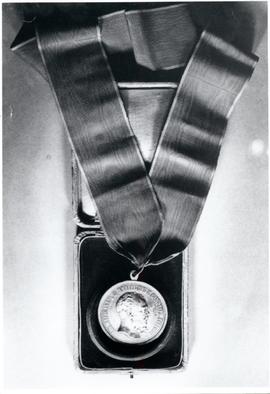 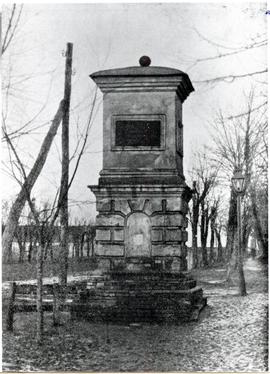 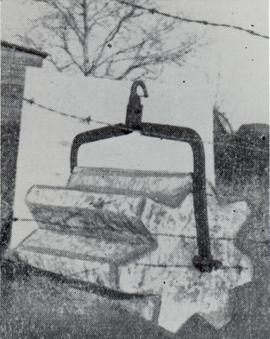 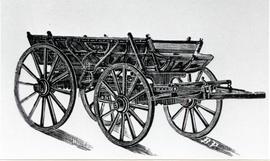 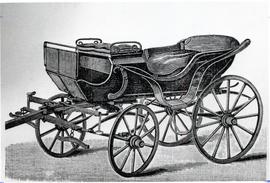 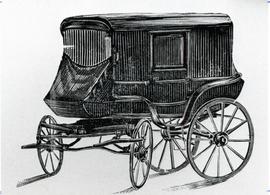 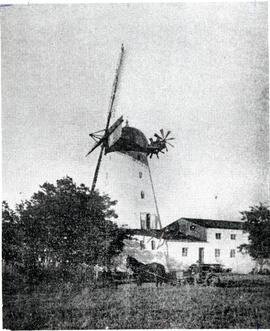 Gerhard Lohrenz (1899-1986) was born in Zagradowka, Sagradovka Colony in southern Russia to Johann and Katharine (Warkentin) Lohrenz on December 26, 1899. He lived through the First World War, the ensuing Russian Revolution and famine. In the fall of 1920 he was drafted into the Red Amy and served in the forestry service. In June of 1921 he was baptized into the Nikolaifelder Mennonite church. In 1922 he survived a bout with Typhus and in September of the same year he married his neighbor, Anni Harder.

In January 1925, after the prompting of his congregation, he attended the Moscow "Bundes Konferenz" which sought to bring some unity to the Mennonite churches of the Soviet Union. In June of the same year he and his wife Anni left Russia for Canada. The family settled in Dalmeny, Saskatchewan where they took up farming. In the fall of 1928 the family moved to Gretna, Manitoba where Gerhard began to take classes at the Mennonite Collegiate Institute (MCI). He continued his education at the Manitou Normal School and in the fall of 1931 he received his second class teacher's certificate. In the fall of 1931 he began his teaching career in Beausejour, Manitoba. In 1938 the family moved to Springstein, Manitoba to take a teaching position in the Mennonite community there. In the summer of 1938 he began to take university classes which he continued into the school year. While teaching, he continued his education at the University of Winnipeg until 1940. He was involved in the Springstein Mennonite church until 1947 when he accepted a teaching position at the Mennonite Brethren Collegiate Institute (MBCI). After 5 years at MBCI he taught for thirteen years at the Canadian Mennonite Bible College (CMBC) in Winnipeg, until 1965. In Winnipeg the family joined the Sargent Avenue Mennonite church in 1952. Two years later he was ordained as lay minister on June 20, 1954. In April of 1960 he was ordained as elder. He held this office until 1971 when he retired. He continued to preach until December 1985. Reverend Lohrenz died at the age of 86 on February 6, 1986.

Gerhard Lohrenz took great interest in Mennonite History. He organized and took part in a total of 32 history tours which included Asia, Europe, the Middle East, and sixteen to the USSR. He was active in the Manitoba Mennonite Historical Society and the Mennonite Heritage Museum (Steinbach). He authored eleven books, mostly in English, that interpret, and recount, parts of the Mennonite experience. Titles include: Fire Over Zagradovka, Heritage Remembered : A Pictorial Survey Of Mennonites In Prussia And Russia, The Fateful Years 1913-1923 : The Story Of A Young Mennonite Of Southern Russia In The Forestry Service, The Lost Generation And Other Stories, Mia : Oder über Den Amur In Die Freiheit, Die Lebensgeschichte Einer Mennonitischen Frau, The Odyssey Of The Bergen Family, Storm Tossed : The Personal Story Of A Canadian Mennonite From Russia, Sagradowka : Die Geschichte Einer Mennonitischen Ansiedlung Im Süden Russlands, Lose Blätter. There also has been one book written in his honour -- Mennonites in Russia, edited by John Friesen. In addition to books, he wrote numerous articles for papers and magazines such as Der Bote, Mennonite Life, and Mennonite Mirror. While having a keen interest and knowledge of Mennonite history, he was also an influential church leader who served on many committees and boards including chairman of the Manitoba Mennonite Central Committee (MMCC) in 1974. He and Anni had four children, John, Mary, Hilda, and Sophie. Daughter Mary died at the age of sixteen.

The records of this fonds were received by the Mennonite Heritage Centre in three separate deposits. The first deposit was made by Gerhard Lohrenz himself on Jnuary 26, 1982. The donation was a map of Gnadenfeld. The second donation came to the archives by son-in-law John J. Bergen in 1986. Peter Rempel, long time member at Sargent church, processed Reverend Lohrenz's filing cabinet and binders of correspondence, making an initial file list. The Sargent church through its librarian Ingrid Cornies, made another donation of books in 1986. There is a complete 28-page listing of the books, which have been incorporated into the Mennonite Historical Library at CMBC in the collection history file. Another donation came in 2004 from John Bergen, son-in-law of Lohrenz, which consisted of a portion of Lohrenz's autobiography.

This fonds consists mainly of the following series:
-1) Correspondence
-2) Topical files
-3) Sermon notes -
-4) Photographs
Several discrete items or objects not part of these series are: a map of Gnadenfeld and some memorabilia picked up in his travels (Vol. 3298; Map #817)

The files are from Gerhard Lohrenz's filing cabinet and his 13 binders of correspondence and photographs. Some personal and financial items were removed by the family before the collection was delivered.