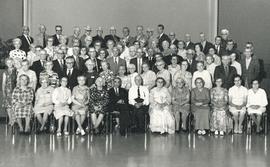 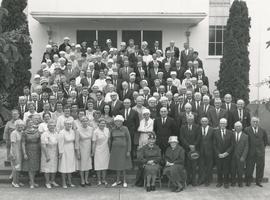 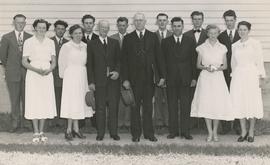 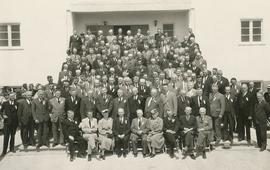 First Mennonite Church Greendale was formally organized in 1931 as the First Mennonite Church of Sardis. The Mennonite settlers from the prairie provinces that came to the Yarrow, Sardis and Sumas areas all joined this congregation initially. They built their own meeting house in 1930-1931 after meeting in private homes for a number of months.

The first meetinghouse was enlarged in 1941. In 1947 a new church measuring 50 by 100 feet and seating 1,200 was constructed, with a dedication service held on 2 November 1947. The congregation was then renamed the First Mennonite Church Greendale.

Greendale experienced the disastrous 1948 flood, when the waters rose to cover the floor of the church. The church building was destroyed by fire on 13 December 1955, most likely due to faulty wiring. On 2 September 1956 a new sanctuary built on the same foundation but with a smaller sanctuary and the addition of classrooms was dedicated. The building was renovated in 1986.

The congregation went through a difficult transition in language from German to English in the 1960s.

The congregation changed its name to River of Life Church in 2012.

(See GAMEO for names of leaders and membership numbers.)

Title is based on contents of the fonds.