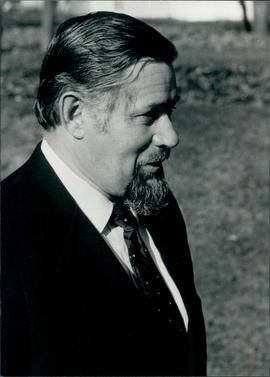 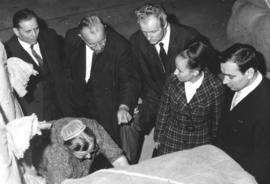 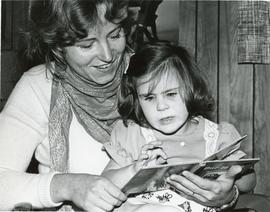 This is a photo of Helene Klassen of Unna Massen, West Germany, reading to a young girl sitting on her lap. Helene works with handicapped children in Ephrata, PA. 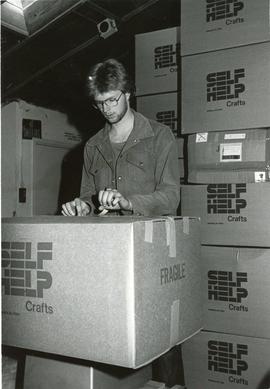 This is a photo of Henry Gerbrandt of Winnipeg, MB, a voluntary service worker at SELFHELP Crafts warehouse in Ephtrata, Pa., weighing one of the thousands of boxes sent to retail shops in the United States during the pre-Christmas season. 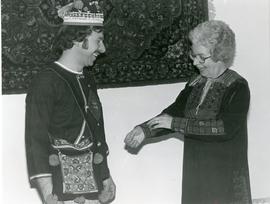 This is a photo of (left to right): John Kanagy, of Ephrata, Pa., sports a Thai shirt and hat while Esther Hostetter, of Akron, Ohio, models an embroidered dress from West Bank. 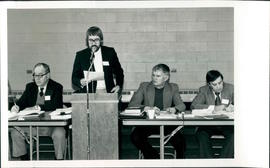 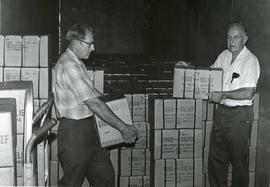 This is a photo of Nolan Book and Martin Eby, volunteers at the Material Aid warehouse in Ephrata, PA, loading canned meat for Dominica onto the MCC truck. 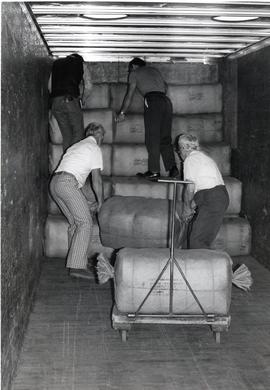 This is a photo of MCC volunteers loading a truck with bales of bedding at the Ephrata, PA material aid centre. This bedding is going to a refugee camp in Honduras. 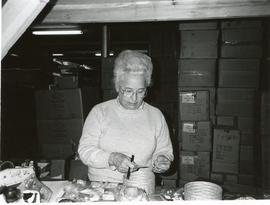 This is a photo of Marj Grieser of Archbold, Ohio, sorting through returned items during a week-long working holiday at the SELFHELP Crafts warehouse in Ephrata, Pa. 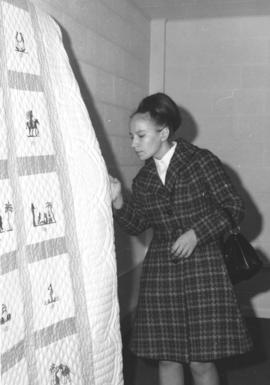 Infor. on back: "Miss Valentina Ryndina from Moscow, Soviet Union, inspects the handiwork of an American quilt at the Ephrata Material Aid Center, Pa." 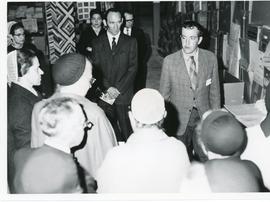 This photo is of a group of people on a tour of the new Material Aid Center in Ephrata, Pennsylvania.On the right side is Otto Dridger of Saskatoon, Saskatchewan, an MCC truck driver, who served as one of the tour guides. 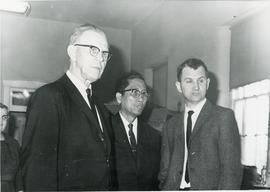 This photo is of (l-r) Paul E. Carlson, missionary to Vietnam; Doan-van-Mieng, president of the Evangelical Church of Vietnam; and John Hostetler, material aid director for MCC. 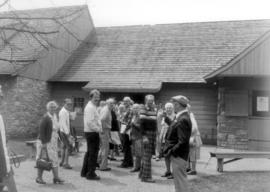 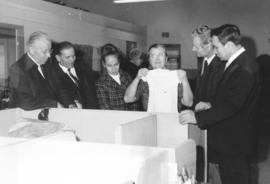