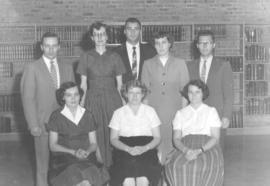 Canadian students at MBS? Taken in the late 50's? 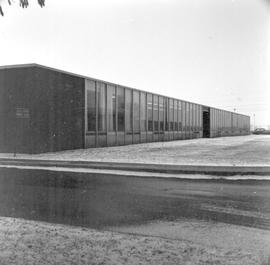 Dormitory for single students at AMBS ?

Dormitory for single students at AMBS ? 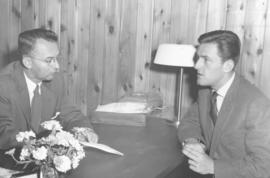 Erland Waltner (on the left) is speaking with Oscar Wedel 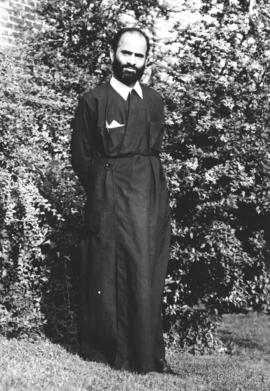 Father Irineos of the Greek Orthodox Church of Crete

Used in CM 18-43-1. Father Irineos of the Greek Orthodox Church of Crete was visiting NA & would be a Church-Visitor-in Residence at AMBS in Elkhart. He had been associated with MCC in Crete for 10 years. 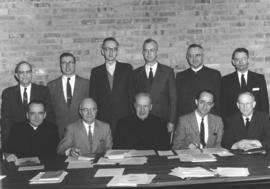 First meeting of the Institute of Mennonite Studies (Elkhart)

Used in the CM 7-3-7 with art. re. the first regular meeting of the IMS. Shown are the directors of the IMS. It was the newly established research arm of the associated seminaries. 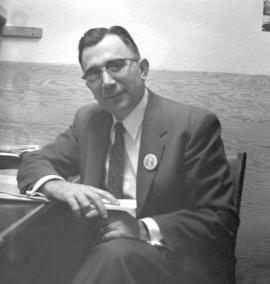 Negatives only, 2. See CM 7-18-3 for similar photo of Harry E. Martens with article when he was appointed asst. to the pres. & business manager of MBS. 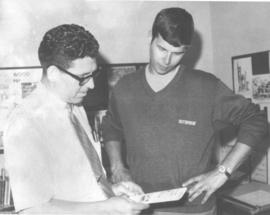 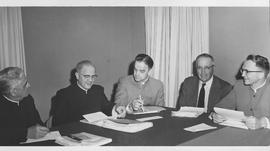 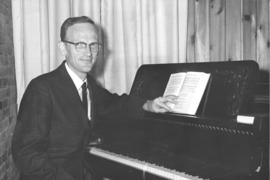 Informal photo. Used in the CM 12-44-6 with his art. on the Fine Arts. At this time he was Assist. Prof. of Church Music & Worship at the MBS.

Peter & Lydia Kehler and others 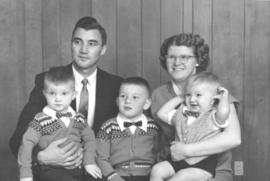 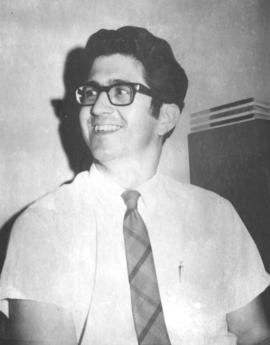 Informal photo. Used in the CM 17-29-3 when he was dir. of VS for the MBMC & was to serve as acting sec. during the absence of Ray Horst. 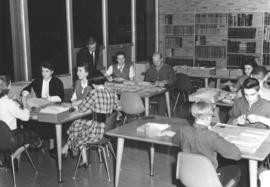 Volunteers doing a mass mailing for the school? Photo is labelled # 1 in bottom right hand corner. 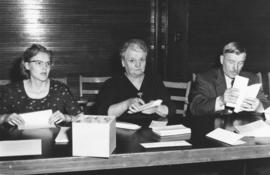