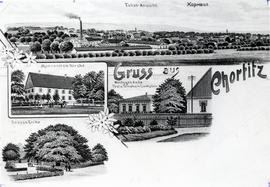 This is a postcard of Chortitza village provides an overview of the village, as well as a view of the Mennonite Church, the telephone and post office, and the great oak tree (HR 53). N:335. (2 prints). 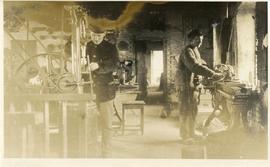 This is a photo of the interior of the tractor repair shop in Chortitza, Russia. Two men are operating the repair machines. 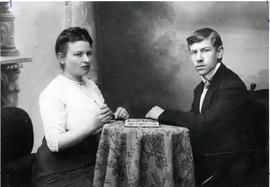 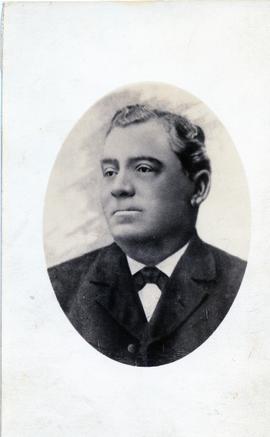 Portrait of Aelt Isaak Dyck b. 1847. He is wearing a dark suit, white shirt and black bow tie. 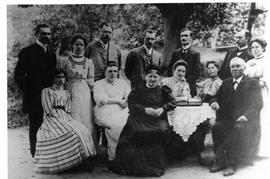 Aelt. Isaak Dyck family in a garden setting. Isaak and Margaretha Dyck are seated on either side of a small table with a lace tablecloth. Both are wearing black. Back row (l-r): Heinrich Dyck, Helena Dyck, Gerhard Dyck, Peter Dyck and Franz Epp... 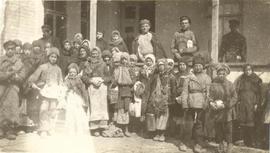 This is a photo of a group of about 25 warmly dressed women and children in front of the verandah of the American Mennonite Relief kitchen in Russia, possibly Chortitza. 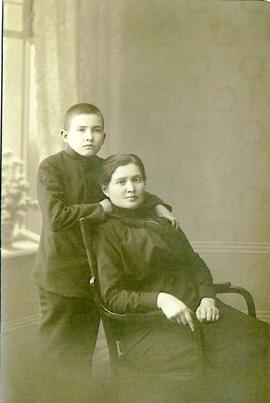 Anna Kroeker and her son Nicholas J. Kroeker in Russia

This photo is a portrait of Nicholas J. Kroeker (1905-), also known as N.J. Kroeker, standing behind his mother Anna Kroeker (nee Anna Schellenberg) (1876-). This photo was taken shortly before they immigrated to Canada. Anna died in Lost River,... 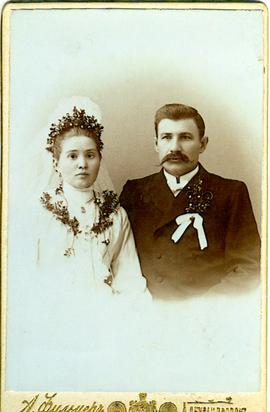 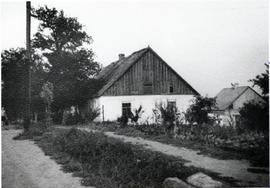 This is a photo of the home of the Aron Janzen family in Chortitza. This photo was taken just before the family fled to the West. [HR 94]

This is a photo of the Bethania Hospital for the mentally ill, located near the Dnieper River in the Chortitza Colony between the settlements of Einlage and Kronsweide. 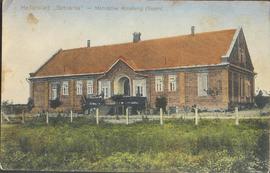 This is a photo of the men's section of the Bethania Mental Hospital in the Chortitza settlement in South Russia. This section was called "Salem". 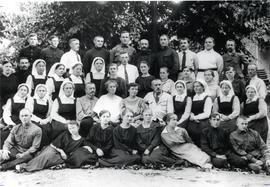 This is a photo of Bethania Staff of 1925. Seated in 2nd row from the front are (left to right): two unknown female nurses, Sara Koop, Dr. I. Thiessen (physician in charge), Dr. A. Martins (she later lived in Hamilton, Ontario) , Maria Andres (hou... 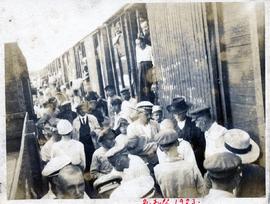 Boarding the Immigration Train in Russia

This is a photo of a long group of men, women and children between two freight trains. The date is July 2, 1923. Some have already boarded the train on the right. 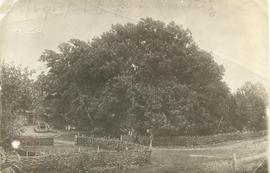 This slide is of the skyline of Chortitza. Houses, factories and other buildings can be seen.