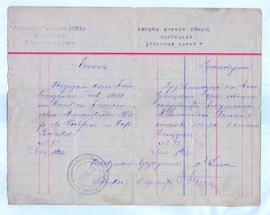 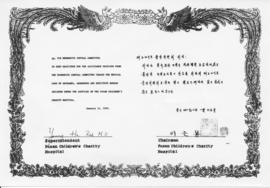 Certificate presented to the "Friends of the Pusan Children's Charity Hospital

Used in the CM 7-14-7. Infor. on back: Photo of certificate presented in Washington to the "Friends of the Pusan Children's Charity Hospital" to all supporting groups & agencies.

Series consists of the following files:1) Certificates - Membership and Ordination - 1944, 1968 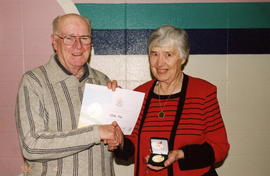 This is a Certificate of Canadian Citizenship for Irene Teichrob (nee Friesen). The photo was used in the Sept. 2000 issue, p. 31. 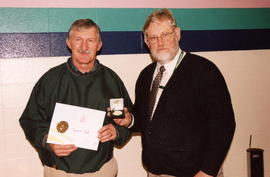 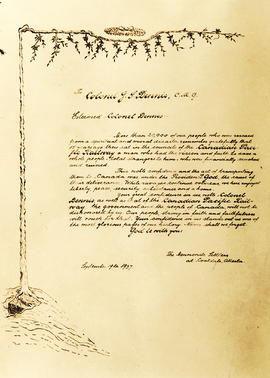 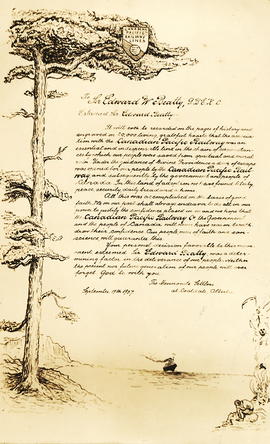 A beautifully crafted certificate of gratitude to Sir Edward Beatty, President of CPR , for making it possible for Mennonites to come to Canada.