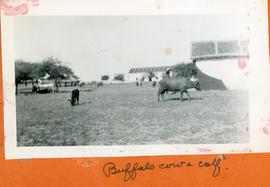 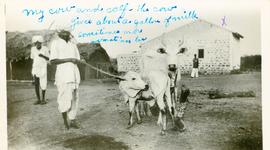 This photo is of Helen Warkentin's cow and calf in a yard. A stone structure in the background. Two gentlemen are tending the animals. Another is standing near the building. Buildings with grass roofs are to the left of the photo. The men are... 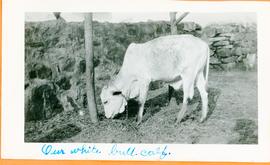 This is a photo of a white bull calf. It is feeding on grass beside a stone wall. It has a chain around it's neck. 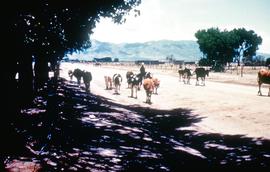 This photo shows a village street scene with a herdsman bringing the cows down the street. 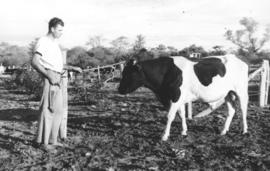 One of the first ventures introduced into

One of the first ventures introduced into Paraguay under the MEDA was the establishment of a model dairy farm. Henry Evans is shown holding a good bull which was purchased at Asuncion. Used in CM 8-8-5. 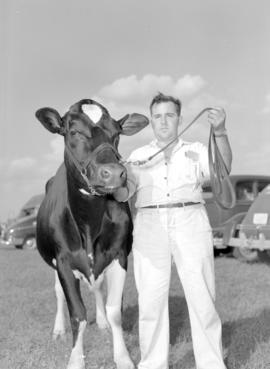 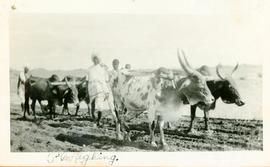 This photo is of two sets of oxen ploughing a field with four men following and holding the reins as the cattle plough the fields. 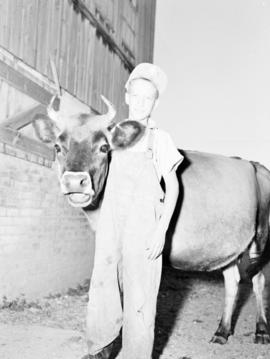 Rufus Baechler posing with his steer in Tavistock, Ontario 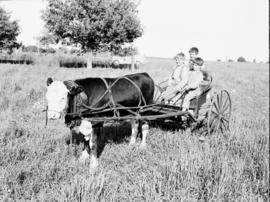 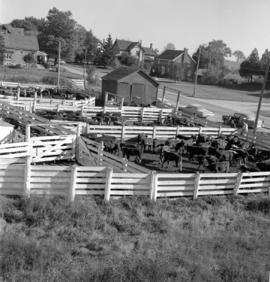 The cattle at the Waterloo County Stock Yards in Elmira, Ontario 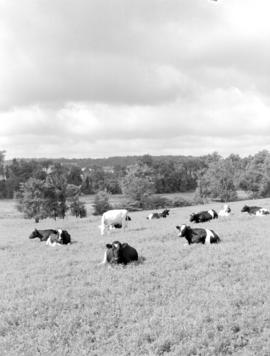 The old Leonard Snider herd in a field next to the River Road to Hawkesville, Ontario

The old Leonard Snider herd in a field next to the River Road to Hawkesville, Ontario. July 1951. Hunsberger photo 42-83 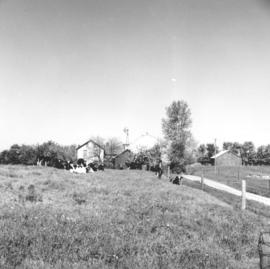 Waterloo County farm. In the foreground is a herd of cattle. 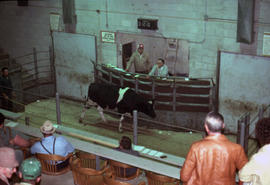 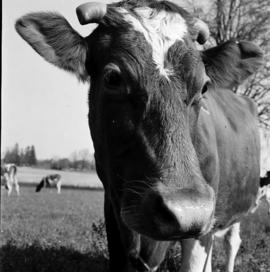 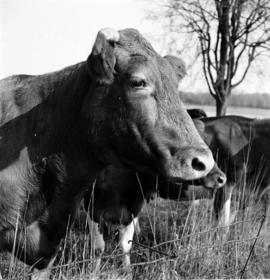