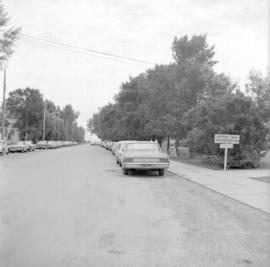 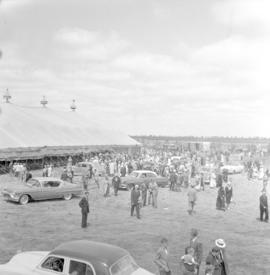 Negatives only, 4. Two negs. show people leaving the Brunk tent and cars parking sporadically near the tent. The other 2 negs. show cars parked along & in front of a huge ditch, presumably while people attend sessions of the CMC which used the... 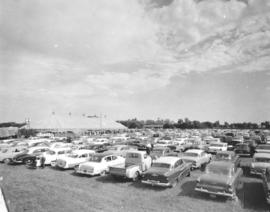 Negatives 4. Different views of Brunk Revival Campaign tent & parked cars at Winkler fairgrounds. Some of trailers visible in 2 larger neg. of which #5 is similar to the photo, which was used in booklet: "Revival Fires…" ed. by Fran... 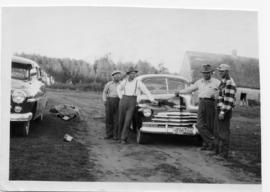 This photograph shows the following persons standing in front of their car. They have just returned to Winkler from a trip to Matheson Island -- Mr. Goertzen, Henry Pauls, Henry Petkau and Abe Voth.The car is a 1947 Chevrolet.