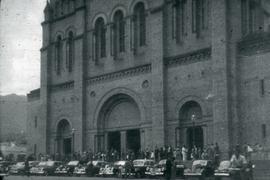 Automobiles lined up in front of a commercial building. Crowds of people between cars and building 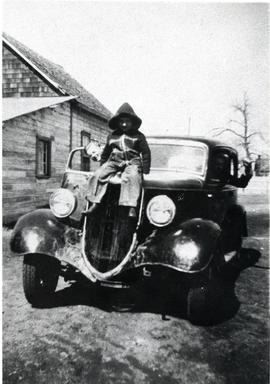 Children Standing in Front of a Car

This photo is of a group of children standing in front of a car. 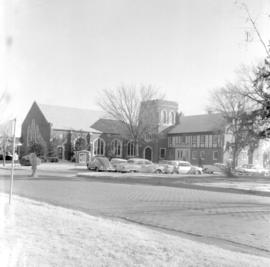 Church buildings. Similar to Bethel College Mennonite Church but not the same church. Compare to 1992-14.2756 & 2757. Located in Newton, Kan. where the annual meeting of the GC Council of Boards took place at which 4 Mennonite weeklies wer... 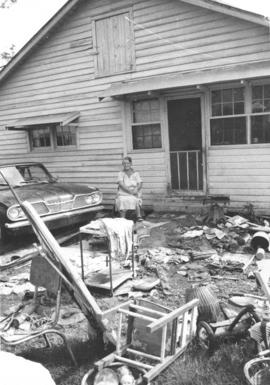 Clem Isabele sits in her back yard amid her ruined belongings 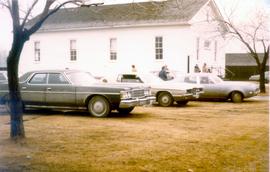 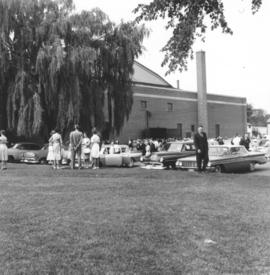 Negative also. CMC annual conf., the Sunday session, held in the St. Catharines arena. Partial view of back of arena with parked cars and people visitng. Taken from further away but a few of the cars are of note. See CM 10-31-4 for ref. to meeting... 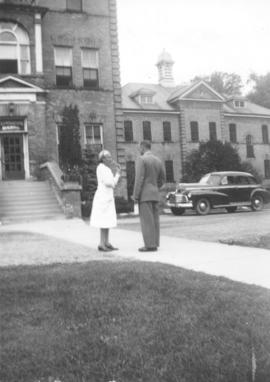 Corney Rempel with Superintendent of Nurses

Miss Thomas (or Thompson), Superintendent of Nurses, in uniform, talks to Corny Rempel, MCC (Ontario) director, in front of a main building of Ontario Hospital. He visited the Summer Service volunteers. A car is parked to his right. 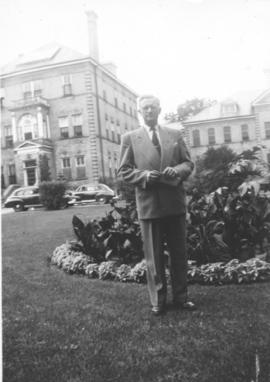 Corny Rempel, MCC (Ontario) dir. poses in front of flowers on the grounds in front of examination building of the Ont. Hospital. He was visiting the volunteers of the Summer Service Unit. Cars parked in the background to his l. 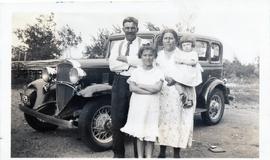 Couple with 2 children in front of a car

The woman is probably a former Maedchenheim resident. She is holding a small girl, an older girl is standing between the parents. Couple unidentified.The car is a 1932 Chevrolet. 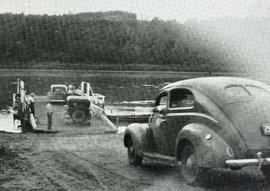 Crossing the River by Ferry

Three cars loading onto ferry. The car on right is a 1940 Ford. 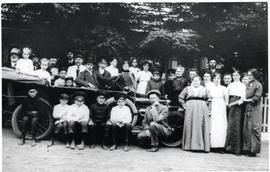 This is a photo of the Hieberts from America visiting with relatives at Johann Peters, Prangenau, Molotschna. Cars were a novelty at that time, just being introduced into our villages. Summer 1914. [HR 69] 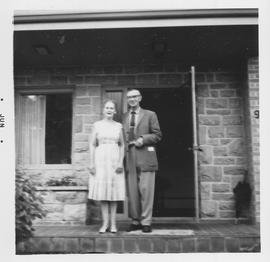 This 2nd photo shows demonstration participants Chairman Peter G. Makaroff and wife Helen, Doukhobors, on the steps of their home in Saskatoon, SK. Negatives, 2. Not used in CM 13-31-2. Last in series beginning at 2001-14.253 on "Manifestatio... 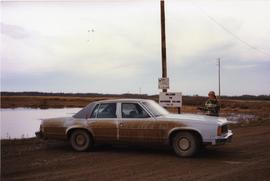 A woman poses next to a dirty car in Matheson Island, Manitoba.