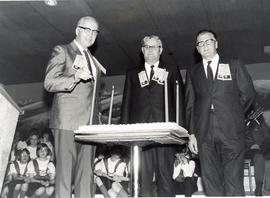 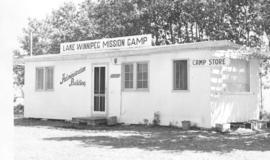 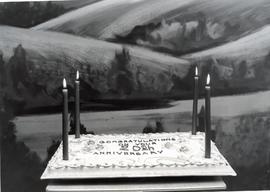 This photo is of a cake labeled "Congratulations On Your 20th Anniversary," made for the Camp Arnes 20th anniversary celebration. 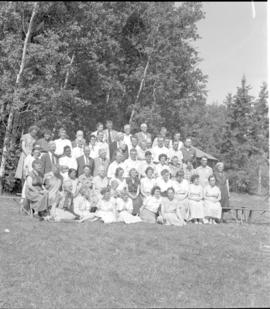 Attending the Missionary Orientation School at

Attending the Missionary Orientation School at Camp Arnes was a large group of new missionaries and missionaries on furlough, as well as members of the mission board and office staff. Formal. Used in CM 4-32-5. 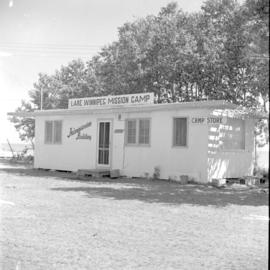 Negatives only (2). Larger one & smaller one (6x6) of the Administration building & the camp store.

These images relate to the early years of Camp Arnes. 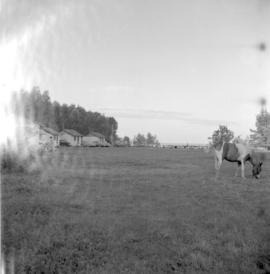 View of the cabins on the fringe of the central (grass) camp area. 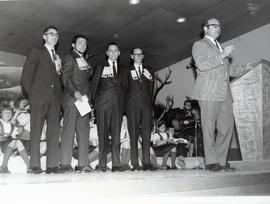 This photo is of five Camp Arnes members on stage at the Camp Arne 20th anniversary celebration. Second from the left is Rudolf Dyck [at the podium is Jack Thiessen?]. 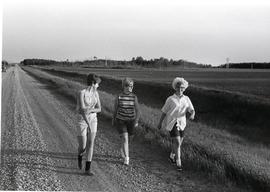 This photo is of three unidentified women walking on a country road in the Camp Arnes walkathon. 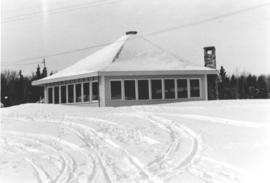