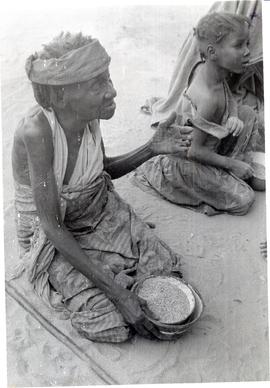 1973 Crop failure and poverty in Chad

This photo is of a woman and child in Chad. The woman has just received millet purchased with MCC funds in Abéché, eastern Chad. The two of them are kneeling in the sand beside a makeshift tent which is partly visible on the right side of the phot... 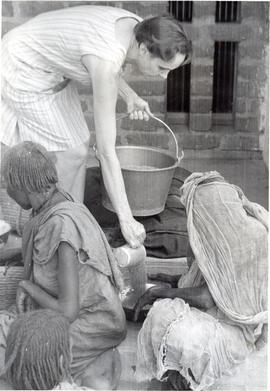 This photo is of Joan Righton, an Australian missionary, who is distributing millet, purchased with MCC (Mennonite Central Committee) funds, to destitute women in Abéché, eastern Chad. There are four women in the photo with Joan Righton.